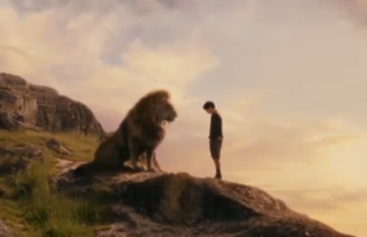 The Transforming Power of Mercy

In C.S. Lewis’ novel The Lion, the Witch, and the Wardrobe,1 one of the characters, a boy named Edmund, betrays his siblings and is complicit with evil, having been manipulated by the book’s antagonist, a villainous character known as the White Witch. This treachery persists until a moment late in the story, when Edmund repents and rejoins his siblings and their leader, a lion named Aslan, an allegorical representation of Christ.

Through the story of Edmund’s repentance and reconciliation with his siblings and Aslan, we are reminded of two Biblical truths about repentance:

1. We should seek restoration with repentant persons who have wronged us.

2. When we repent, we can walk with boldness and ignore the voice of condemnation, as long as we fix the eyes of our hearts on Christ alone.

In the final act of the book, we see a penitent Edmund return and go on a long morning walk with Aslan. Though the details of the conversation are not given to us, it is clear that Aslan made it clear to Edmund that he was forgiven, for Aslan then presents Edmund to his siblings, saying: “Here is your brother… and – there is no need to talk to him about what is past” (p. 136). Let Aslan’s words to Peter, Susan, and Lucy serve as a reminder to us that it is God’s will that we receive our repentant brothers and sisters with open arms, not keeping a record of wrongs against them.2 Indeed, these words came from the mouth of the Lord himself: “If your brother or sister sins against you, rebuke them; and if they repent, forgive them. Even if they sin against you seven times in a day and seven times come back to you saying ‘I repent,’ you must forgive them.” 3

It is of first importance that we make every effort to forgive those who have wronged us, for Jesus tells us that our Father in the heavens will not forgive us of our sins if we do not forgive those who have sinned against us.4 Kingdom people never cease to let the streams of unending mercy that God has supplied them flow out of them and into their dealings with others.

The White Witch then comes to speak with Aslan: “‘You have a traitor there, Aslan,’ said the Witch. Of course everyone present knew that she meant Edmund. But Edmund had got past thinking about himself after all he’d been through and after the talk he’d had that morning. He just went on looking at Aslan. It didn’t seem to matter what the witch said” (p. 138). We see here a powerful reminder that there is no condemnation for those who are in Christ Jesus.5 Fixing his eyes on Aslan alone, Edmund forgets about himself and his past errors. It is only when Edmund looks outside of himself and to Aslan that he experiences the inward transformation that enables him to withstand the condemnation of the witch.

And so it is with us: we will not find the inward transformation we seek by looking inside ourselves and “…tinkering with our souls,” as Tozer puts it.6 Instead, we must fix our eyes on Jesus7 and remember that it is only as we behold the glory of the Lord that we are transformed into Christlikeness in ever-increasing measure.8 This is why before giving them any instructions, St. Paul prays that the Christians in Colossae would continuously increase in experiential knowledge of God 9 and then writes them a poem about Christ.10 It is only when we deeply know Jesus and begin to understand who he is and what he has done for us that we can remain securely established and steadfast 11 when opposition comes and when the voice of condemnation arises.

The witch reminding Aslan of Edmund’s treachery is something many of us can relate to, myself included. There is a bullying, condemning, shaming voice that likes to whisper in our ear, remind us of our past mistakes, and make us feel unworthy of the mercies of God. We can learn a great deal from Edmund’s response: he’s got Aslan on his side and as a result, it doesn’t matter what the witch says. This brings to mind Paul’s words to the church in Rome: “If God is for us, who can be against us?” 12 The condemning voice of our enemy is a source of distress and often very loud; the tremendous roar of the Lion of the tribe of Judah 13 is even louder and is forceful enough to make the enemy shriek and retreat in fear.

So let us learn from Edmund to hit the mute button on the voice of condemnation and throw ourselves upon the mercies of God, keeping the gaze of our hearts fixed firmly on him alone. It is then that we will be able to extend these mercies to those who have wronged us and point them to the God who loves us even in our darkest hour, reminding them (and ourselves) that “…neither death nor life, nor angels nor rulers, nor things present nor things to come, nor powers, nor height nor depth, nor anything else in all creation, will be able to separate us from the love of God in Christ Jesus our Lord.” 14

1. C.S. Lewis – The Chronicles of Narnia: The Lion, the Witch, and the Wardrobe

I love Jesus and the Scriptures. I aim to serve the Church with my writing. View all posts by Justice Bjorke